In 1987, around ten people in the community united. They collected and redistributed food to approximately thirty families from the Aylmer sector that have difficulty making ends meet at the end of the month. 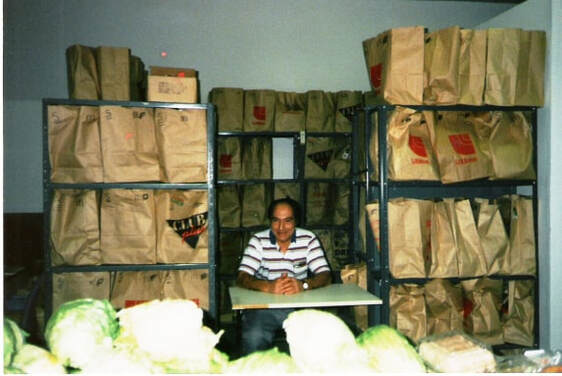 In January of 1988, the Aylmer Food Centre is officially recognized as a charitable organisation. Its mission is devoted to gather the necessary funds to cover the basic food needs of impoverished families in the sector. The distribution is made on the 3rd Friday of each month and additional help can be provided daily. According to its constitution, the Aylmer Food Centre only hands out food to families and single individuals from the sector since the need is increasing year after year. 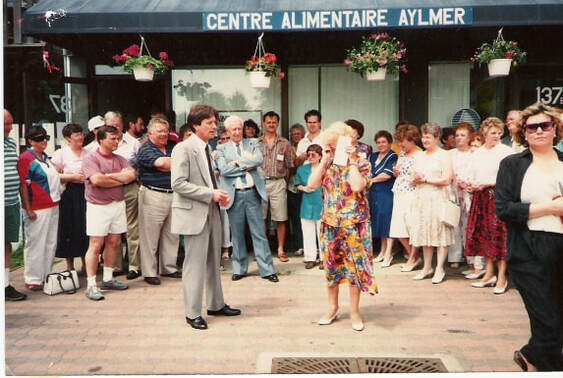 In the 1990s, collective kitchen groups were put in place through the Centre d'action bénévoles ACCES and the Entre-Nous Community Centre. These collective kitchen groups fluctuate. It is difficult to stabilize the groups. We notice that the lack of competent human resources (volunteers or permanent) to host the kitchens is the determining factor for the recurring difficulties. 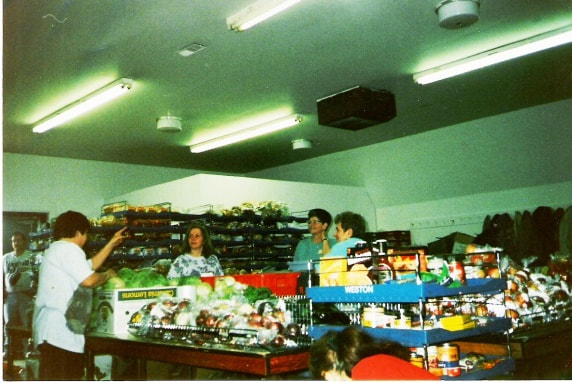 In 1998, the population united to put together a project for a community cafeteria. The Bons Voisins' partner's committee is formed: The Aylmer Food Centre, the local employment centre, the Parishes, the city of Aylmer, the CDEC de Hull, the Saint-Vincent-de-Paul society, the Centre d'action bénévole ACCES, the Interclub, the l'Autre chez soi shelter, the du Village school and a few retired citizens.
The purpose for the community cafeteria is to meet the impoverished people's growing needs. The numbers show a population that is economically and socially (isolation) impoverishing. One year later, the "Bons Voisins" cafeteria opens its doors and low cost lunches are offered. Mealtime allows people to create bonds, exchange on their daily lives and to find solutions to their difficult life situations.
​
It is at this moment that a new form of food alternatives is born in Aylmer; an opportunity that goes beyond food help. Little by little, the people who come to the cafeteria regain some power over their lives and implicate themselves in the organisation. They have the opportunity to give a little of themselves and to feel useful. 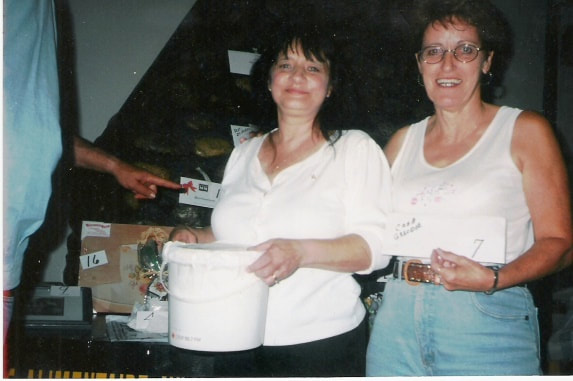 In 2000, the Table de concertation sur la faim et le développement social de l'Outaouais calls out to each CLSC territory to get together for a project named the Carte communautaire de la faim. (Community hunger chart)
This chart will allow us to paint a picture of the socio-economic data of each sector. The Aylmer Food Center then embarks with a group of local role players : the CLSC Grande-Rivière, the St-Vincent-de-Paul, The Entre-Nous community centre, The St-Paul Parish, the buying groups that never really worked out and engaged citizens. 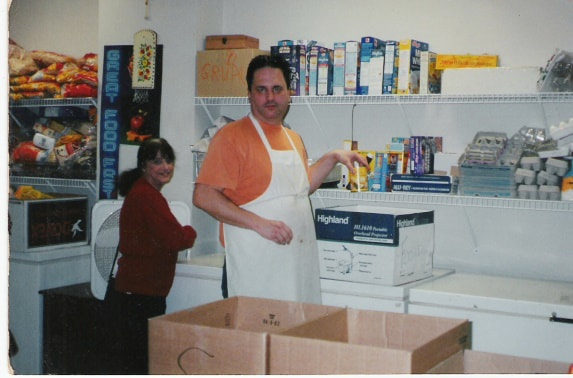 In 2001 - 2002, the Good Neighbours committee merged with the hunger chart committee. The hunger chart project continues. The collection of data ends in 2001. In 2002, the committee analyses the data with the surroundings.
In the fall of 2002, the Health and social services ministry makes a food security fund available to the Régies régionales de la Santé. The committee sees this fund with a good eye and foresees the possibility of getting a grant to hire a person that could coordinate the committee that is now called GEASA. (Groupe d'entraide alimentaire secteur Aylmer). 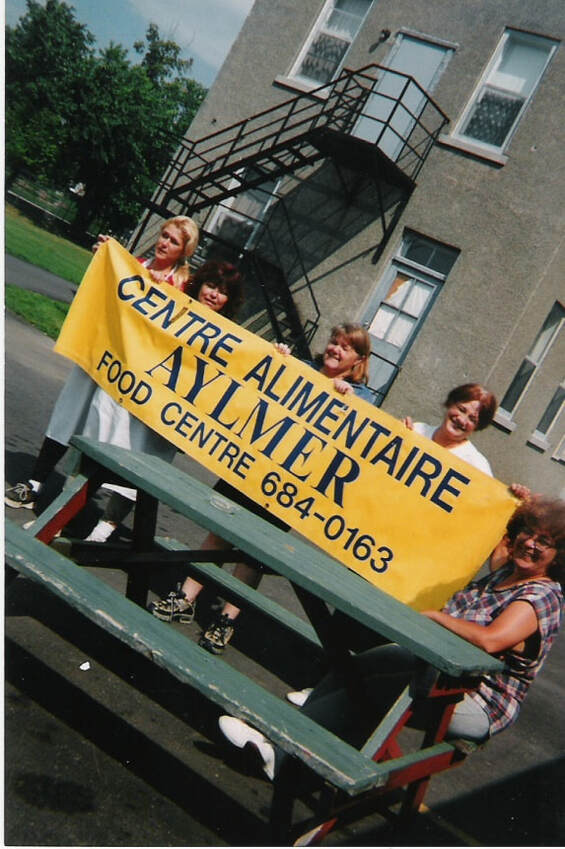 In 2005, the GEASA organises a day of reflection that invites the population, social groups and businesses to think collectively on how to end hunger. Following this April day, a group of local role players united to start a collective garden. The GEASA succeeded in mobilising people from the English speaking community around this project that carries hope. 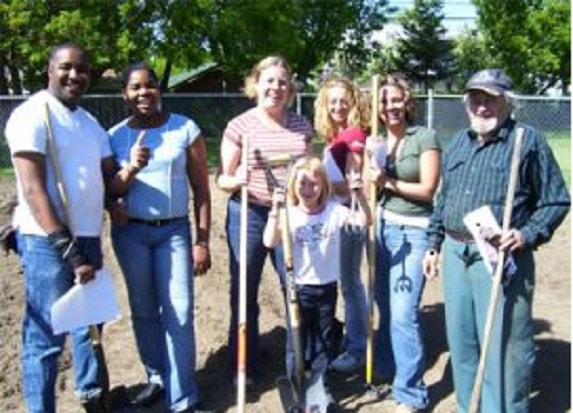 In June 2005, the first collective garden is born. Four families registered at the distribution centre become gardeners and plant their own vegetables and fresh herbs in pots, due to the absence of land.These families do not come to the Aylmer Food Centre during the summer. The harvest and mutual aid surrounding this project gives them wings. 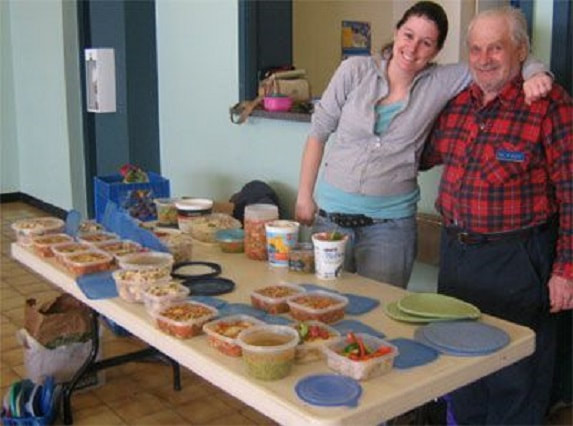 In 2006, the Aylmer Food Centre offers, in the food alternatives program, five (5) collective kitchen groups (20 households), two (2) collective gardens (12 households) and puts in place a Christmas sharing store in December (59 households).
​
All together, ninety-one (91) households get a taste of mutual aid and its benefits: a small step towards food security but a giant step for these individuals. 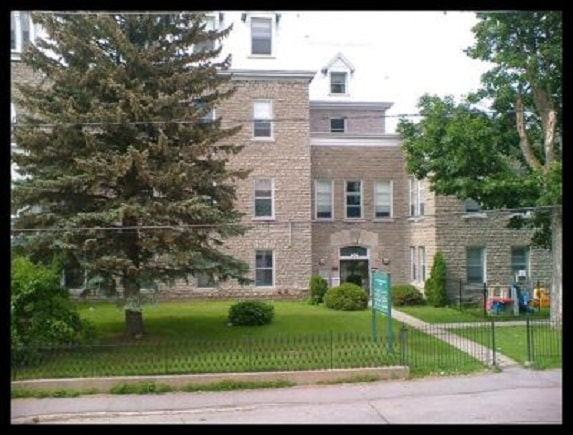 In 2007, we spent 9 wonderful years in the Bruyère Community House, in the heart of mutual aid, friendship and the desire to end social oppression and to offer a better quality of life to people living with food insecurity.
We moved to service of the community at 70 Eardley Road. 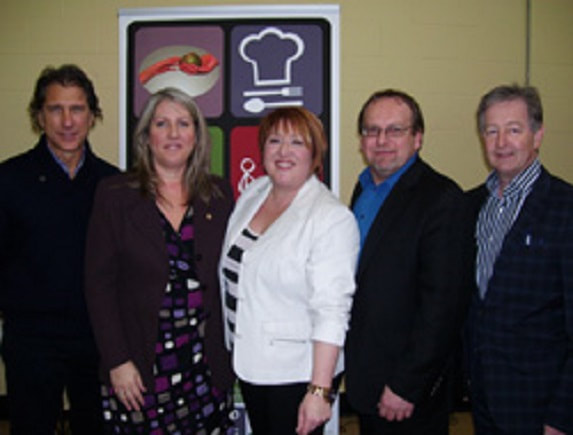 In 2012, we celebrated our 25th Anniversary with the community.
Our actions have to be in solidarity and reflect the growing needs of people that ask for food help. Together, let's continue to relieve hunger, eliminate prejudices and condemn social exclusion. Let's unite our voices so that the challenges that await us are an occasion for all to grow…
Powered by